Defining a crypto wallet and how it works

Crypto wallets are the most critical piece of user-facing infrastructure in the blockchain space. In the same way that the browser brought the web to a mass audience by providing an easy-to-use gateway into the underlying servers and databases, wallets provide users with an easy-to-use gateway into blockchain protocols.
A wallet is less like the wallet you use for your credit cards, and a lot more like a keychain. If you think of a blockchain as a giant bank safe with digital safety deposit boxes, wallets are the keychains where you keep the key to your box. Once you have access to a box, you can manage the contents of it by receiving, sending, holding and spending digital assets. 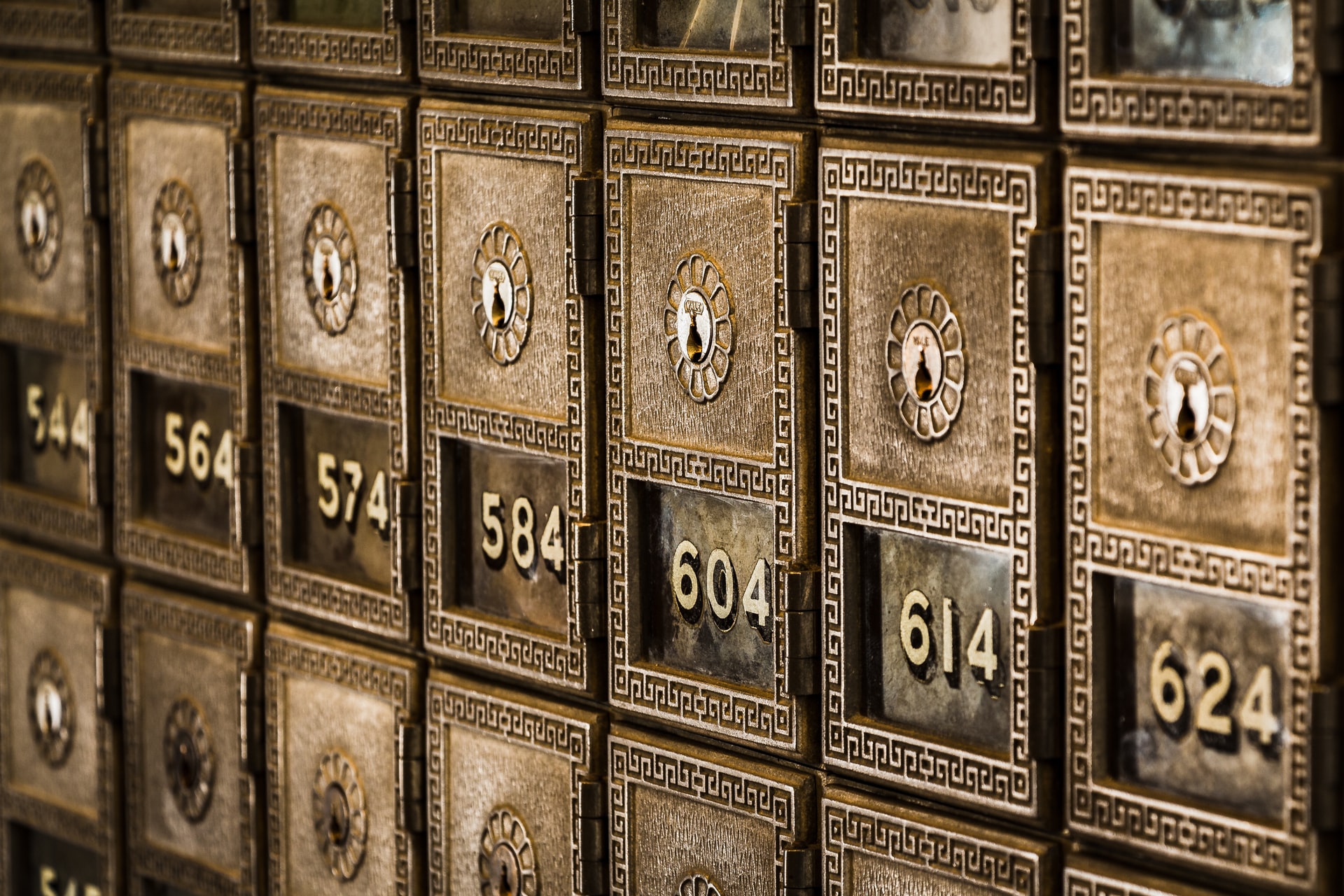 Figure 3: Wallets hold private keys to your public address on a blockchain
We can think of the box itself as a chunk of memory on the blockchain. The digital box location is referred to as a public key, or more intuitively as a public address, and can be shared with anyone in the same way you might share your address to receive mail at home. As the name implies, this is widely available to others on the network and it is the identifier others use to send digital assets to a box.
The key that can unlock the safety deposit box is referred to as the private key. Anyone with access to a box's private key has access to the box, which is why it's paramount to keep the key private - hence the name, private key.

In this tutorial, we'll be building a type of wallet called a Hierarchical Deterministic (HD) wallet. We don't need to dive into the full definition of HD wallets here, but it's important to know that they enable the ability to store the private key as a 12-, 18-, or 24-word phrase referred to as a secret recovery phrase or mnemonic phrase. You'll be using a JavaScript library called Bip39 to facilitate the generation of this phrase, which in turn can be converted into a private key to create a wallet.
Box 2.1: Why is the secret recovery phrase also called a mnemonic?
The concept of a mnemonic phrase was introduced by Bitcoin Improvement Proposal 39 (BIP39). The term "mnemonic" refers to a pattern that makes something easier to remember. For instance, some of you might be familiar with the order of operations mnemonic in math: PEMDAS, or "please excuse my dear aunt Sally". The motivation for BIP39 was that "a mnemonic code or sentence is superior for human interaction compared to the handling of raw binary or hexadecimal representations of a wallet seed."
Run and open the app in your browser at http://localhost:3000. You'll notice the frontend offers the user the option to create a new wallet or import an existing wallet.
Clicking on Create New Wallet routes the user to a /generate page signaling to our user that by clicking Generate, the app will generate a key phrase and thus create a new wallet. But when we click Generate, we're routed to a /phrase page with an empty phrase container.

For the app to work, we need to implement a function that generates a phrase and uses it to create a wallet when the /phrase page renders. In your editor, navigate to pages/phrase.tsx.
In order to generate the phrase, we need to leverage an external library that satisfies the BIP39 specification, which set the standard for generating phrases for deterministic keys.
Fortunately, there's the Bip39 library. It provides us with the functionality we need to generate the phrase and later convert it into the seed we need to generate our Solana wallet keys.
We already installed the library when we ran yarn during set up because we included it into the pre-built app's package.json. So all we need to do is import it:

Recall that secret recovery phrases are also called mnemonics and Bip39 includes the method generateMnemonic() for generating mnemonic phrases. We can call it and replace the variable currently assigned to an empty string:
This allows us to set the phrase in state and display it for our user to write down and store safely. With this step we have effectively created our wallet because the phrase by itself will allow its holder to access the account that matches it.
Box 2.2: The conservation of blockchain accounts
Even though most of the community refers to accounts as being created, technically blockchain accounts can't be created or destroyed. These accounts are mathematical addresses in a system where their existence is established mathematically at inception by the system's architecture. It's more accurate to think of the mnemonic as obtaining the key to access a pre-existing, empty account.

Before we can connect to the account on the blockchain, however, we need to convert the phrase into a form that the blockchain can understand. After all, mnemonic phrases are abstractions that translate a long, archaic number into a more human-friendly form.
We need to convert the phrase into bytes so the Solana web3.js library can use it to generate a keypair object. The keypair will be the wallet account consisting of a public key that can encrypt data and a private key that can decrypt data.
Box 2.3: Public-key cryptography
At a high-level public-key cryptography is a cryptographic system that uses keypairs to transmit information securely. Each keypair consists of a public key, which is widely known across the system, and a private key, which should be kept secret by its owner. Suppose Bob wants to send a secure message to Alice while ensuring that, even if Eve intercepts it, she can't read it. Bob would encrypt the message using Alice's public key and then send the message. Because of something called a one-way function, the public key cannot be used to decrypt the message. The only way the message can be decrypted is with the private key that complements the public key used by Bob - that is, the private key that Alice holds. Bob can rest assured that no one but Alice will be able to read the message. The ability to encrypt information without the need to pre-share symmetric keys was a massive technological development. And the history behind these breakthroughs is well worth studying if you're so inclined. We've included a few suggestions as additional resources at the end of the tutorial.
By reviewing Solana's web3.js documentation, we see that there's a Keypair class defined as "an account keypair used for signing transactions." This is exactly what we need to generate using the mnemonic phrase.
We notice that the Keypair class has a fromSeed method that generates a keypair from a 32-byte seed. It also mentions that the seed needs to be a Uint8Array, which means we'll need a way to convert our string phrase into a Uint8Array.
Going back to the Bip39 library we see a method called mnemonicToSeedSync(mnemonic) that returns some sort of Buffer object that looks like a list of hexadecimal numbers. We can test this by running it in our application and passing in the mnemonic we generated:
It looks like we're close. The Keypair class requires a 32-byte Uint8Array and we're getting a 64-byte Uint8Array. We can slice the seed and keep only the first 32 bytes:
With the seed in the right format, we can use Keypair's fromSeed method to generate an account keypair:
We then set the account into context state and we have access to a Solana wallet.
Once you implement the functionality, make sure you save the recovery phrase before you click Finish on the browser. We'll be using it in Step 6 to access the wallet once after logging out.
Once you click on Finish, you'll be routed to the wallet page that displays the account's dashboard. You'll notice this page includes a few other features. We'll discuss the Network dropdown in Step 3 while implementing the crucial functionality of showing users their balance.
In Step 4 we'll dive into airdrops and make the Airdrop button functional, and in Step 5 we'll enable the Send button and transfer funds.

Listing 2.2: Code for creating a wallet In your editor, navigate to pages/phrase.tsx and follow the steps included as comments to finish writing the function. We include a description along with a link to the documentation you need to review in order to implement each line. The relevant code block is also included in Listing 2.1 below.

Listing 2.1: Instructions for generating a phrase and creating a wallet

Previous
Step 1: Getting Up and Running 🏃
Next
Step 3: Fetch a Balance ⚖️
Table of Contents